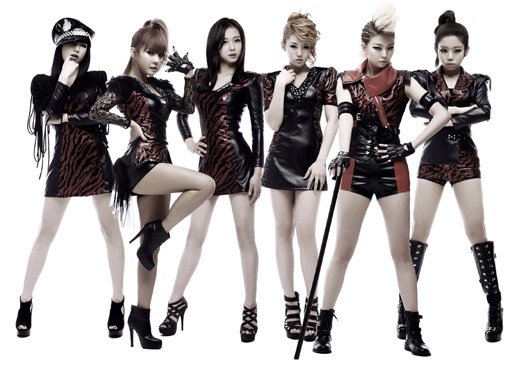 Using the literal definition of their name as the goal of their careers, a new six member girl group named Six Bomb has emerged!

Composed of members Nabi, Hyejin, Uihyun, Youngji, Jiwoo, and Subin, Six Bomb aims to create an explosive, bomb-like energy on stage that will instantly capture the hearts of the audience. They’ve given up a lot of traditional girl group concepts like cute styles and aegyo-filled looks for their name in order to give a stronger, more dramatic feel.

They said, “It feels good to differentiate ourselves. We’re not acting cute or pretty because we can’t, we’d just rather have the focus of our success be put on our music. We erased our pretty image for that.”

Another one of the girls’ goals is to become “six Lady Gagas.” Instead of going for similar concepts with other girl groups to assure their success, they’d rather present something new and different to really set them apart. “We don’t consider ourselves idols. We strongly consider ourselves singers, and instead of setting someone as our role model and aiming to be like them, we want to create a style all our own. We want to become role models ourselves to people dreaming of becoming singers in the future.”

The team was formed in the summer of 2010 and trained together for a year and a half. Prior to their debut, some of the members used to be a part of choruses while others went through 200 auditions. “All of our hardships have turned into experiences. Six Bomb’s biggest strength is that no matter how hard it gets, we have the mentality to never fall or lose and to always remain competitive.”

Check out the music video for “Chicky Chicky Bomb” below!

Six Bomb
How does this article make you feel?