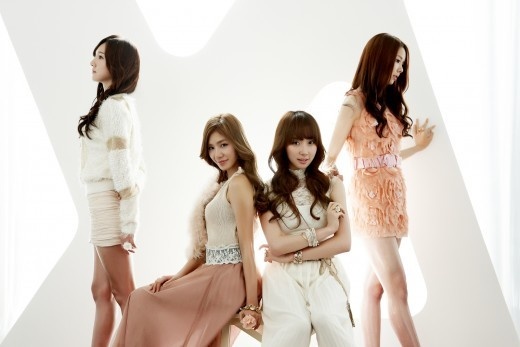 Stellar previously announced that they’d be making their comeback with two new members.

They originally debuted as a four member group comprised of Kayoung, Junyul, Joa, and Leeseul, under the direction of Shinhwa‘s Eric but decided to add two new members named Hyo Eun and Min Hee to replace the departure of Joa and Leeseul. Their profiles and pictures were released for the first time today to get fans ready for the girls’ impending comeback.

Hyo Eun was born in 1993, which makes her 19 in Western age, and is 170 cm tall and 47 kg in weight. She’s currently a vocalist of a band in her high school. Min Hee is 168 cm and 45 kg and is a dance major at Hanyang University. Both are said to have considerably exceptional dancing and singing abilities. As you can see in the photos, their looks are beautiful and feminine.

The two members said, “Since we’re post-debut, we will work hard to fill the gap. Please watch over our promotions and give us your support.”

Stellar will be making their second single album comeback in February.