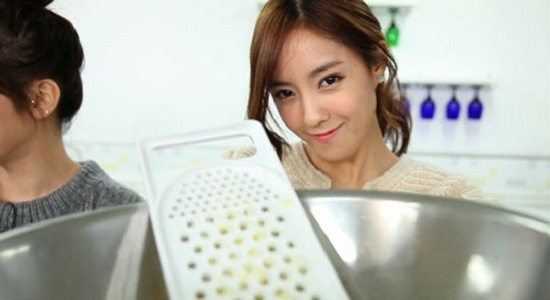 T-ara‘s Hyomin created a newlywed atmosphere with the older brother of Infinite‘s Woohyun while on the set of their SBS E! TV show, “T-ara’s Flower Boys.”

Woohyun’s older brother, Nam Boohyun, made a special appearance on the show and participated in several cooking missions with the members of T-ara. As the show centers around T-ara testing flower boys on their various abilities to capture their hearts and win the final prize of running their own street stand business, cooking is just one of the many missions asked of the flower boys.

The flower boys got to team up with a member of T-ara and cook a special dish to present in the mission. Out of all of the teams, Hyomin and Boohyun earned attention and stares for acting like newlyweds with each other!

The chef episode of “T-ara’s Flower Boys” can be seen on January 28.