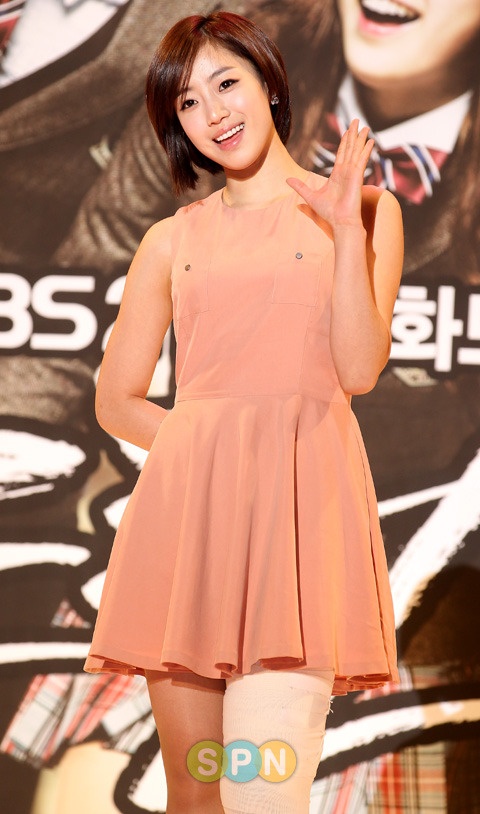 A steamy bed scene between T-ara‘s Eunjung and her “Queen Insoo” co-star Baek Sung Hyun has been the hot topic amongst netizens lately!

An online community board recently updated with a few screenshots of a bed scene between the two stars on jTBC‘s weekend drama, “Queen Insoo.” The scenes are from the episode broadcast on January 21st. The episode centered around Eunjung confessing her feelings for Baek Sung Hyun. The two resolve their differences amidst tears and share a bed scene to make up for good.

Eunjung is probably the first female idol involved in a bed scene in a drama. Other scenes that surprised viewers (considering that Eunjung’s an idol) was one where Eunjung gave birth to her son in pretty explicit details.

Netizens commented, “I’m kind of surprised that an idol can shoot these kinds of scenes,” “Well, she was originally an actress,” and “What if she gets into a fight with Lee Jang Woo on ‘We Got Married’?”