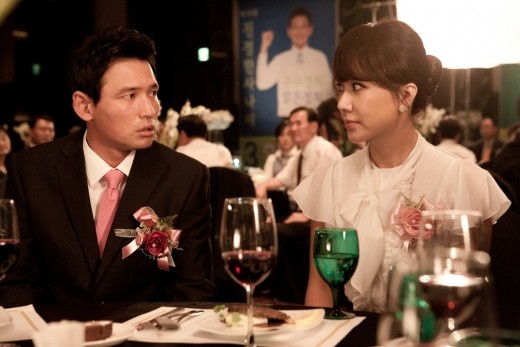 The movie hit theaters on January 18, and according to survey results released on January 27, “Dancing Queen” ranked second place in the box office, recording 109,353 people in one day on the 26th. In total so far, 1,501,677 people have seen the movie.

“Dancing Queen” is about Uhm Jung Hwa who receives a singer casting offer while her husband is campaigning for the position of Seoul Mayor. She eventually takes the offer and begins to lead a double life as a dancing queen and the wife of a politican.

“Dancing Queen” is second to “Broken Arrow,” which ranked first in the box office with 113,339 theater goers on the 26th. In third was “Puss In Boots.”

Following in fourth was 3D animation film, “Korea’s Dinosaur 3D,” and in fifth was “Journey 2: The Mysterious Island.” “Mission Impossible,” “Pace Maker,” “Never Ending Story,” “We Lived in the Zoo,” and “Millennium” followed in ranking.

Check out the English subbed trailer for “Dancing Queen” below!

Dancing Queen
How does this article make you feel?