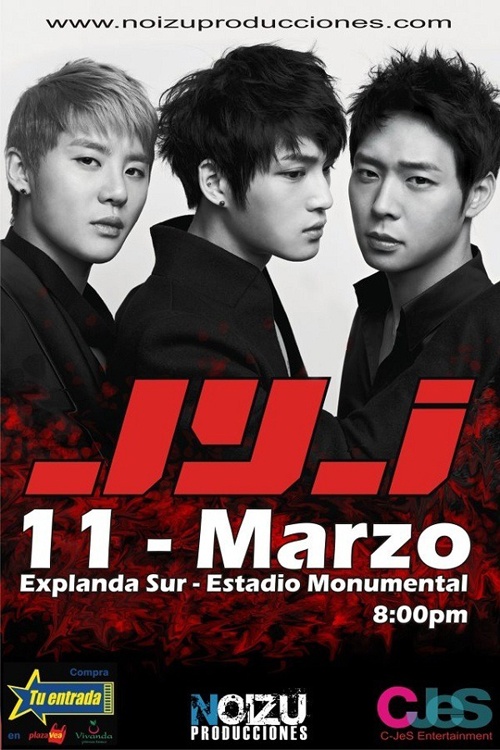 There are absolutely no limits to the popularity growth of JYJ overseas! On January 22, a major Peruvian news program titled “Frecuencia Latina” spotlighted JYJ’s skyrocketing popularity in Peru.

Every week, their “Punto Final” segment covers headlining issues on the government, economy, and entertainment industry. In a special 10 minute segment titled “Pop Coreano En Lima,” the broadcast briefly introduced JYJ and expressed their surprise over how fast tickets to their concert sold out.

The anchor said, “Day by day, JYJ’s influence is growing. Their popularity knows no bounds online and offline.” Fans were also filmed saying, “I found out about JYJ through the internet so I’m really glad to see them through their concert,” “I’ve waited 24 hours to buy the tickets, it all feels like a dream,” and “I love JYJ so much. I’ve found a new interest in Korean culture through them.”

This isn’t the first time JYJ was reported on in Peru. “El Comercio” and others spotlighted JYJ’s feat of selling out tickets and have been keeping up with their interest on the group.

C-JeS Entertainment said, “Tickets sold out in just two days so we’ve been getting a lot of requests by Peruvian fans for more. Depending on circumstances, we may be releasing 1,000 additional seats.”

JYJ will be performing in Chile and Peru on March 9 and 11.

JYJ
Peru
How does this article make you feel?