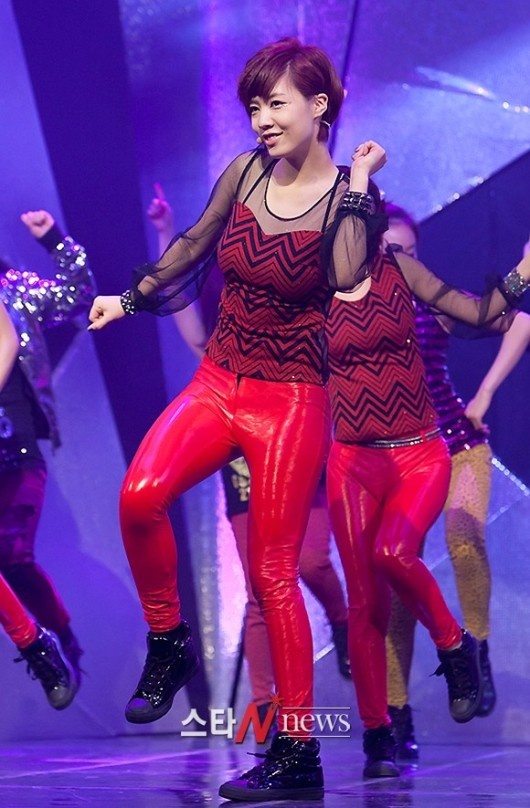 T-ara‘s Hwayoung suffered an unfortuante accident on yesterday’s episode of SBS‘s “Inkigayo,” which has prompted officials of Core Contents Media to release a statement regarding the matter.

On the morning of January 30, officials of the agency revealed, “We feel deeply regretful about the accident that occurred on ‘Inkigayo.'”

Maknae Hwayoung accidentally exposed a part of her chest when her black shirt slid down, creating quite possibly the worst live accident in years.

The official continued, “We found rumors claiming that it was pre-recorded, but that’s not true at all. T-ara’s stage was done completely live, and it was a live broadcast accident. There weren’t any problems during their rehearsal so it’s upsetting that it had to occur during the live show. Before the fact that she’s a celebrity, she’s still a minor, so we hope that people will remember that she’s a young girl.”

Officials of SBS were also asked why they had caught her on several different angles despite the accident, leading them to reply, “First of all, T-ara’s stage was live, not pre-recorded. The head PD was busy at the time so he was not able to pay attention to the incident. We are extremely sorry about what happened.”

Core Contents Media
Hwayoung
T-ara
How does this article make you feel?