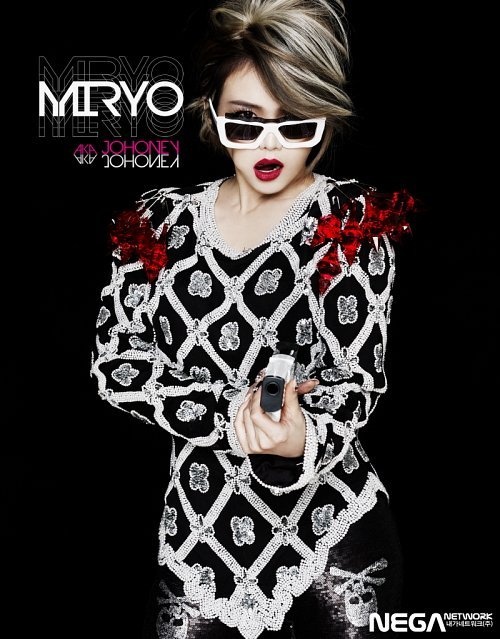 Following the release of her first teaser featuring SNSD‘s Sunny, the Brown Eyed Girls‘ Miryo has returned with the release of a second spooky teaser starring herself.

Looking like it came straight out of a horror film, the teaser is straight out haunting from beginning to end, so I suggest you run and turn on some lights before you go ahead and press play. There are three captions that occur in between the scenes filled with blood curling screams, some of which state, “She has lost her mind,” “Death begins with her,” and “She is watching everything.”

There’s still a couple more days to go before the release of her solo debut, “MIRYO aka JOHONEY,” so fans have been busy trying to get a grasp as to what her concept will be like. Fans commented, “Will her title track be horror-themed?” and “I can’t get a feel as to what she’s going for.”

Producers said, “Miryo not only wrote all of the lyrics for the songs, but also participated in the production of the album. We asked an engineer that mastered hit tracks by world renowned artists to master four of her songs as well.”

Brown Eyed Girls
Miryo
How does this article make you feel?