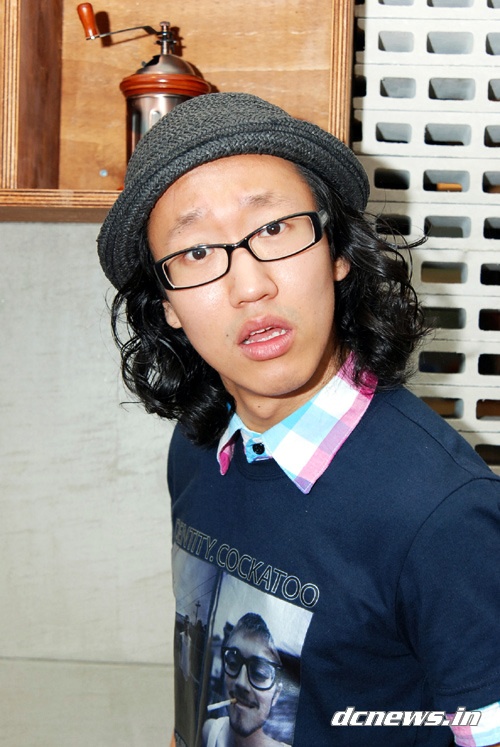 Comedian Kim Kyung Jin expressed his interest in joining YG Entertainment via twitter. He commented, “I want to go to YG. I’m a Gae-Soo, Gag-man (comedian) and Gasoo (singer) all at the same time, with three songs released! President Yang, please pay close attention to the group, ‘One Hundred!'”

He posted a picture of himself along with the comment. In the photo, Kim Kyung Jin is posing like an idol, wearing a color hooded zip-up sweatshirt. What makes it clear that he is a comedian rather than a singer is the swimming goggles he is wearing instead of fancy shades and letter Y and G painted on both sides of his cheeks. Also, on the monitor of his laptop computer captured in the same picture shows a caption saying, “I want to go to YG, too.”

Netizens commented on Kim Kyung Jin’s twitter post, “What about Park Myung Soo, your current boss?” “I guess YG treats its employees well?” “There are a lot of people expressing interest in joining YGE nowadays,” and “I like your photo!”

Kim Kyung Jin
How does this article make you feel?