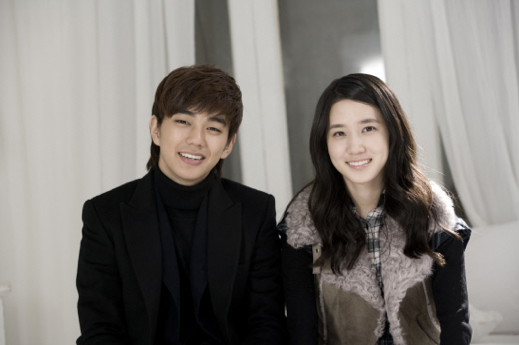 Yoo Seung Ho, coming off the hit sageuk drama “Warrior Baek Dong Soo,” has taken on the genre of a youth romance, “Operation Proposal” for his next project.

“Operation Proposal” is Korean remake of a 2007 Japanese drama, “Proposal Daisakusen,” that starred Yamashita Tomohisa and Nagasawa Masami. Yoo Seung Ho plays the role of “Kang Baek Ho” who has been friends with “Lee Seul” (played by Park Eun Bin) his whole life. It is only at her wedding to Lee Hyun Jin (“You’ve Fallen For Me”), that Yoo Seung Ho realizes that Park Eun Bin is the love of his life. He then travels back in time to try to fix his mistakes in the past and hold onto his first love.

The drama will air starting February 8 on TV Chosun.

Here are the two trailers that have been released so far:

Here are some stills released so far: