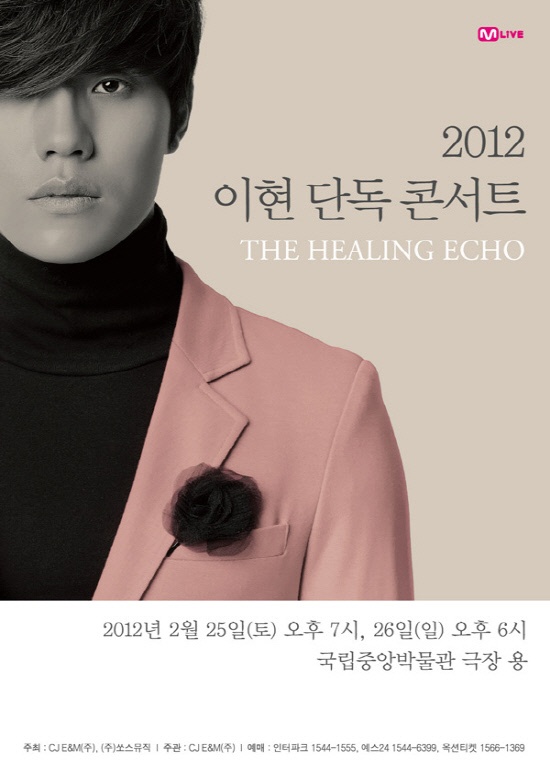 The special factor of concerts have been devalued by quite a bit lately, especially with idol groups opening them up around the world just a year into their careers. That’s about to change with 8Eight‘s Lee Hyun, however, as he’s announced that he’ll be holding his first ever concert for the first time since his debut six years ago!

There’s probably nobody more deserving to hold his own concert than the talented man, and fans have been waiting for quite a long time for this to happen. Titled “The Healing Echo,” the concert is scheduled to open on February 25th and 26th at the National Central Museum.

He’s already known for his smooth voice and impeccable live performance skills so fans are looking forward to hearing songs never before performed on TV in addition to his hits like “Best Out of Everything,” and “Because It’s You.”

“Instead of impressive things to see and watch, I want to touch everyone’s hearts with beautiful singing. It’s my first concert, so please look forward to it,” he said.

Tickets open through Interpark and Yes 24 on January 31.

8eight
How does this article make you feel?