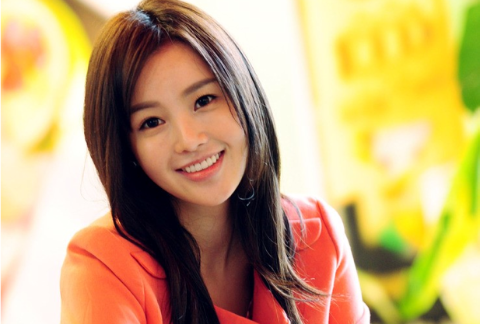 Nam Gyuri also updated her fans, “It’s hard filming in an unfamiliar environment, but I’m working hard in order to make a good drama for my Chinese fans. Please continue to cheer for me.” Netizens commented, “Nam Gyuri is getting prettier and prettier by the day,” “It’s nice seeing her put her best effort into her work,” “I wish they aired her Chinese drama in Korea as well,” and “I can’t wait to see her new drama.”

“My Forgetful Girlfriend” is a romantic comedy about a series of funny encounters that results when the female lead (Nam Gyuri) loses her memory. Nam Gyuri will be playing a beautiful billionaire heiress who loses her memory and moves into the male lead’s house as a nanny.

“My Forgetful Girlfriend” is aiming to premiere sometime this spring in China.

49 Days
Jang Woo Hyuk
My Forgetful Girlfriend
How does this article make you feel?