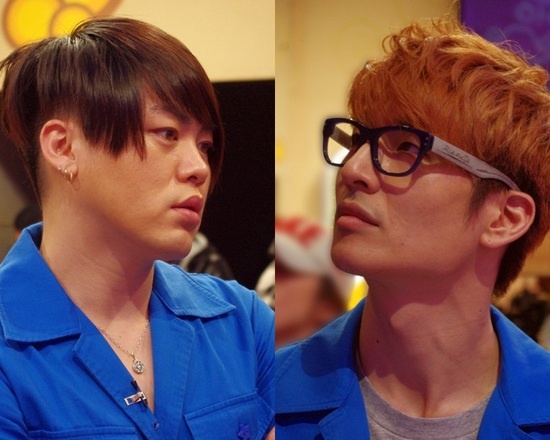 The two former idol members recently bet on each of their group’s reunion on jTBC’s “Idol Premiere.”

Although there was an odd sense of tension, Moon Hee Jun caused a laughter amongst the staff when he said, “The winner gets to reunite with their group members.”

It was an intense showdown as each man scored one point on the final round. Both Moon Hee Jun and Son Ho Young have been gaining interest from fans and netizens’ endless speculation on which group would reunite first. Interestingly, both H.O.T and g.o.d have recently been involved in reunion rumors, although nothing has been confirmed at this point.

To find out who the winner is, and who gets to reunite with their former idol members, check out “Idol Premiere” on February 3.