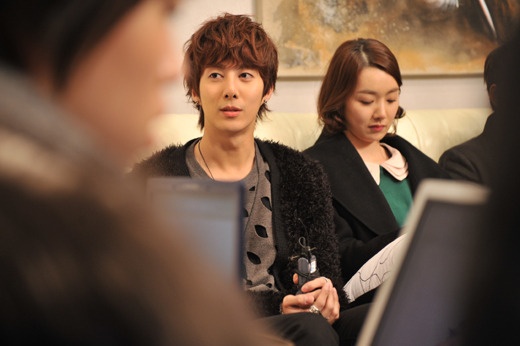 On February 2 Kim Hyung Joon appeared on a “Glowing She” press conference. There he talked about the infamous bed scene. He stated, “For the first episode that was broadcast I had a bed scene. Fans said, ‘That was too racy,’ ‘How could you?’ and got angry with me.”

He continued, “I decided not to read the comments from fans that were written rashly. I thought I should try to be a better actor then reply and try to console my fans through words. I believe that if my acting improves, the fans’ anger will dissipate. Although I have a lot of things to improve, I would like to be an actor that improves a little every day and is loved for that.”

He also stated that the most memorable scenes for him were the bed scene, swimming pool scene, and kissing scene.

Kim Hyun Joong said, “I had to shoot the swimming pool scene naked. I also remember the kissing scene that was filmed a few days ago. I had to be naked for a lot of scenes.”

Glowing She
SS501
How does this article make you feel?