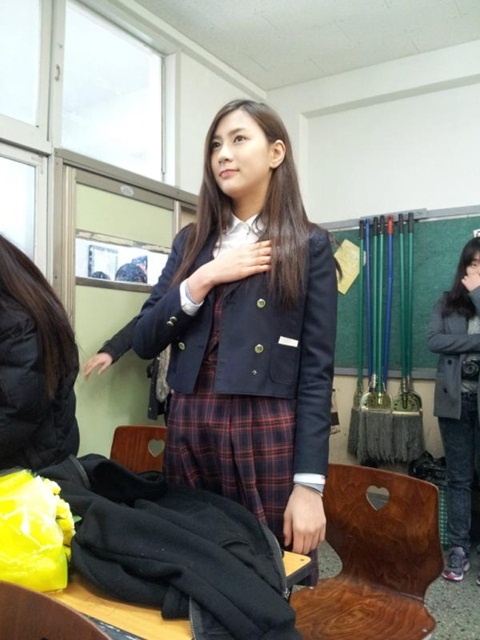 A Pink’s agency A Cube Entertainment wrote on the official twitter, “Finally the youngest member Oh Ha Young has graduated from middle school. What do you think about Ha Young in a uniform?”

Oh Ha Young has gained attention for looking very mature and on this day fans sent celebratory greetings such as “Oh Ha Young Is Not Graduating from College.”

Fans of Oh Ha Young gave their congratulations, “I can’t believe you are finally now more an elementary school graduate, this uncle is so moved,” “Now that she is wearing a uniform she appears like a middle school girl,” and “This isn’t a high school graduation?”
A Pink recently appeared to give a celebratory performance at the “17th Coca Cola Sports Awards.”

Apink
Oh Ha Young
How does this article make you feel?