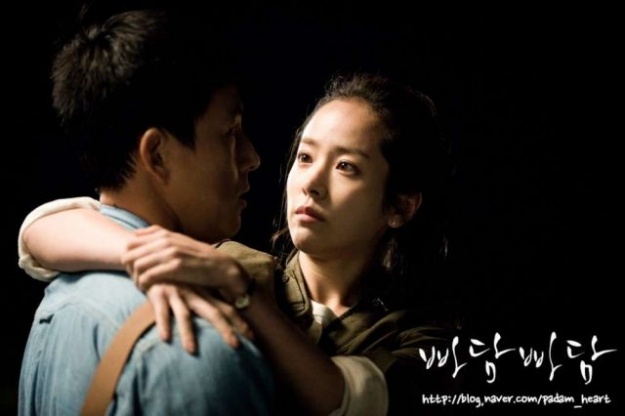 After sneak peeks of tender scenes between “Padam Padam” leads Jung Woo Sung and Han Ji Min, photographs of the two actors surfaced online. The shots were taken in between filming and show the couple in an embrace while studying their scripts.

In the drama, Jung Woo Sung and Han Ji Min, as their characters Kang Chil and Jina respectively, were already shown reading together. However, these pictures are outtakes from another bed scene in the drama, thus raising viewers’ curiosity on what it could be about.

“Padam Padam” is going strong as it races towards its finale. The series has posted a steady increase in rating, reaching almost 2%, a good audience share rating for a drama that airs on a new cable channel.

“Padam Padam” airs its last two episodes on the coming Monday and Tuesday.