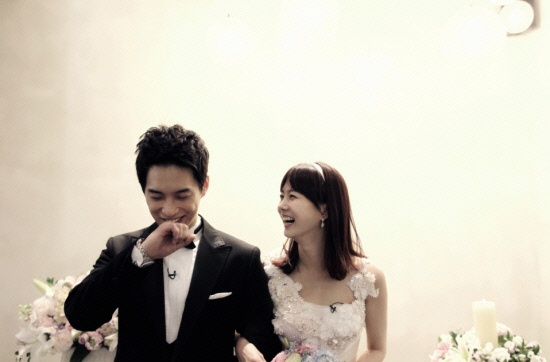 Kim Won Joon Asks Park So Hyun to Be His Girlfriend

On the February 3 episode of Channel A’s “Entertainment Inside,” Kim Won Joon revealed that he has confessed his feelings to actress Park So Hyun.

The couple were paired together as a virtual married couple for MBC’s “We Got Married.” It was through the filming process that Kim Won Joon has started to take romantic interest in Park So Hyun.

He disclosed, “After filming (for “We Got Married”) Park So Hyun really became my ideal woman.” He continued, “I told her I liked her a couple times but I have yet to hear a response back from her.”

Before they met as a virtual couple for the show, the two were known to be really good friends.

Not only are they well past their “marriage age,” they displayed great chemistry during the filming process which created many scandals on whether the couple was really romantically involved. Fans and viewers alike seemed to support this couple throughout the show saying, “I wish they really got married,” “This is one couple that I give full support to if they really got together,” and “You two are perfect for each other.”

The two filmed their last episode for “We Got Married” on January 14 with a special “Last Date” segment. However, after hearing of Kim Won Joon’s confession, the viewers’ interest on how Park So Hyun will respond has sparked. The fans and netizens’ voice seemed to be alike as they said, “Please accept his proposal, Park So Hyun!”

The two expressed their sadness in parting the show during their “Last Date” segment of “We Got Married.”

Kim Won Joon
Park So Hyun
We Got Married
How does this article make you feel?