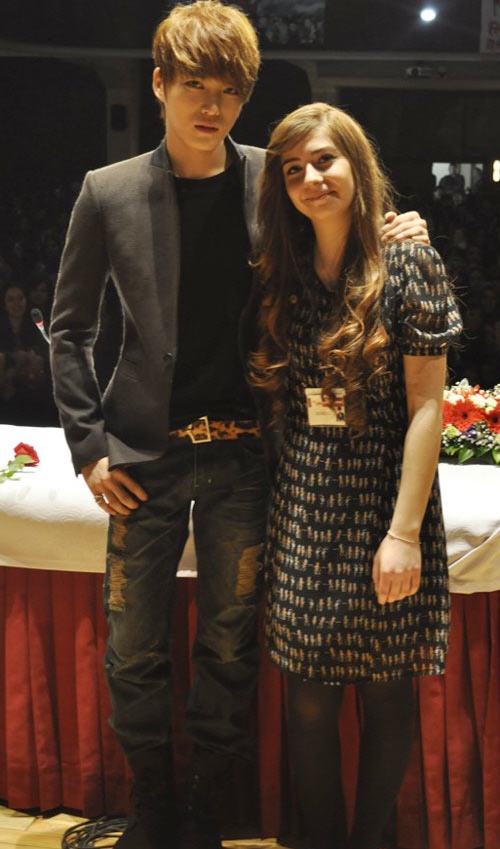 As reported earlier, JYJ’s Jaejoong held his first-ever solo fan meeting in Turkey on February 5. The event took place at the Ankara University in front of 600 fans, who sold out the tickets in less than 30 minutes.

As Jaejoong made his entrance on stage, hundreds of fans screamed in excitement and chanted his name, waving red balloons. Jaejoong spoke for a while before the fans held a surprise birthday party for Jaejoong’s 26th birthday, which fell on January 26. He also gave a live performance of “I’ll Protect You” from the OST of SBS drama “Protect the Boss.”

“This is my first time coming to Turkey. Thank you for everything and I feel very close to everyone. I came to meet my Turkish fans, but since the Korean Culture Center in Turkey invited me, I’ll do my best to promote Korean culture as the cultural ambassador for Korea. I also want to come back with my JYJ members to hold a concert,” Jaejoong said.

“JYJ’s fans are not just limited to Asia but they’re all across the world. We knew Turkey had a lot of JYJ fans and we were able to confirm JYJ’s popularity in Turkey through this fan meeting,” C-JeS Entertainment said.

Meanwhile, Jaejoong will accompany South Korean president Lee Myung Bak for a special conference at Ankara University and attend a special dinner at the Turkish presidential palace on February 6.

Check out some photos and fancam videos from the event!