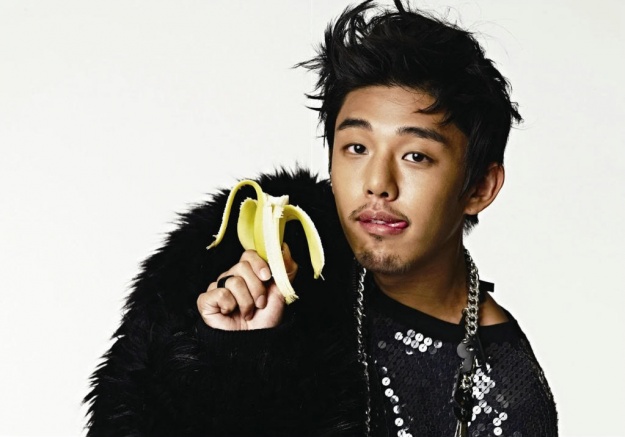 Still cuts from Yoo Ah In’s upcoming drama, “Fashion King” have been revealed and are sparking much interest. On February 6, the SBS posted still cuts of Yoo Ah In from the drama. The captions along with the still cuts read, “Can you feel Young Gul’s (Yoo Ah In) fiery charisma seeping through his facial expressions and body movements? What could Young Gul possibly want from these markets? All of the fans who are waiting for ‘Fashion King,’ please wait a bit more for the first episode.”

In the still cuts, Yoo Ah In is donning a fierce haircut and is wearing a slightly delinquent facial expression, which generated much curiosity from the viewers. This was a different kind of delinquency from the movie, “Wandeugi” (aka “Punch“).

Netizens who came across these photos said, “I can’t wait for ‘Fashion King,'” “I’m so excited for Yoo Ah In in this drama,” “Just by looking at his face, my anticipation is rising,” and more.

“Fashion King” is a story about a young man, who dreams of becoming a worldwide fashion designer and starts with the streets of the Dongdaemun Market. “Fashion King” will be the follow-up drama to “Salaryman Chohanji” and will air on March 12.

Fashion King
Wandeugi
Yoo Ah In
How does this article make you feel?