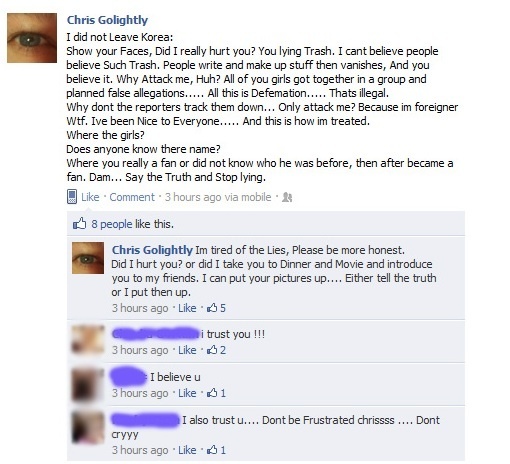 Recently Superstar K2’s “Chris Golightly” has been making headlines because of rape allegations by more than 10 women from his fan club. He had stated that he would be leaving the country, but he did not.

Chris decided to stay in South Korea and stated that the people pushing these sexual abuse allegations are “trash.”

Now Chris stated that he would like to have a press conference while thanking the fans that continued to support him. He asked press to leave details so that he can contact them later. He even asked that “journalists & News Folks” should bring translators so the stories will not be fabricated. Also, he stated “My mini Album is Ready and Ive been waiting to do Shows….. I Love Korea & its Beautiful Land….”