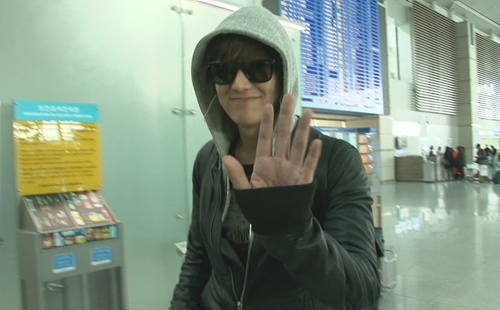 What Is City Hunter Lee Min Ho Up to?

Y-Star followed Lee Min Ho for his overseas filming showing fans how Lee Min Ho was doing after the breakup with Park Min Young. (The two City Hunter stars confirmed their relationship in August 2011, and then their breakup was confirmed in January, 2012.)

Lee Min Ho was at the Incheon International Airport and he did not look taken aback by the sudden interview at all. He was all smiles and charm and told

But, when he was asked about breaking up with Park Min Young, he was careful about answering and sidestepped the issue.

How Lee Min Ho is doing now, and also his greeting to fans before leaving overseas will be broadcast on February 7.