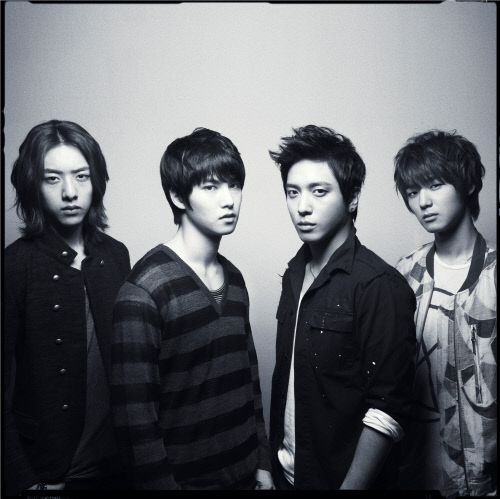 CN Blue became the first foreign band in 41 years to top the Oricon’s weekly single chart in Japan. Since going on sale on February 1, the group’s second major Japanese single, “Where You Are,” sold over 60,000 copies in the first week of its release, topping both the daily and weekly charts.

According to Oricon, this is the first time for a foreign band to achieve the feat since the Canadian band, “Mashmakhan,” did with their 1971 single, “As the Years Go By.” CN Blue’s new single comes with “Where You Are,” written and produced by Jung Yong Hwa, “Get Away,” written by Lee Jong Hyun, and ”Feeling.”

CN Blue’s Japanese debut single, “In My Head,” sold over 100,000 copies last year, being recognized as a gold level record. They also became the first Korean artist to perform at the “MTV Unplugged” concert in Japan earlier this week. CN Blue will embark on a Japanese fan club live tour starting from February 13.

Check out their live performance of “Where You Are” below! (starts at 2:47)

Jung Yong Hwa
Lee Jong Hyun
How does this article make you feel?