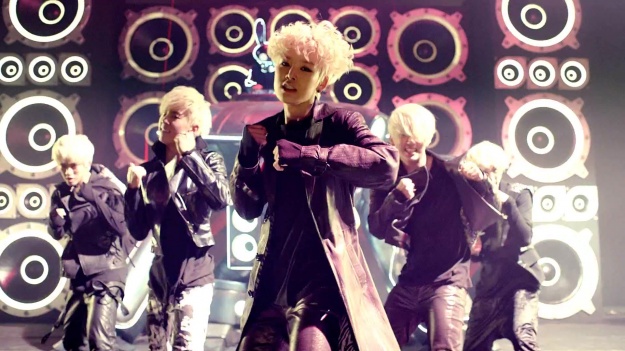 B.A.P Posts a Special Message of Thanks for Their Fans

The hot rookie group B.A.P wrote a special thank you message to their fans, ten days after their debut. Since their debut, B.A.P has released their first album, recorded their first broadcast and performed their first showcase. They expressed their gratitude toward the fans for cheering them on along the way.

Leader Bang Yong Guk stated, “I still can’t sleep at night due to the rush and excitement of seeing the glow sticks waving, hearing the cheers and the whistles blowing during our first showcase. It still feels like I’m in a happy dream.”

He continues to say, “It’s still unreal to see how much love we are receiving. Not only myself but the other members are in a happy state of awe and dilemma because we don’t know what to do with this overwhelming response… There were many hardships during the long and onerous process of B.A.P’s birth. But my teammates cheered and comforted each other by laughing and giving each other strength…they are still very young and they are my dongsengs but seeing how they endured through the hardships to give such an awesome first performance makes me so proud as a leader and I want to thank them.”

On the youngest B.A.P member Zelo’s post, there were over 1000 “likes” on Facebook, which clearly represents his immense popularity.

B.A.P. is currently in the top ten youth keyword search and over a thousand people are registering to B.A.P.’s fan cafe every day. With a strong debut, B.A.P. is proving to be a rising star for 2012!