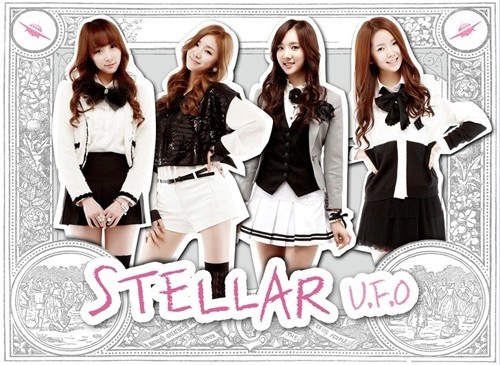 Stellar Deliberately Showing Their Panties? Agency "No Those Are Merely Underpants"

The girl group Stellar is being criticized for their performance costumes. In the past, Girls Day had also come under fire for a similar reason because their short skirts showed underwear or underpants.

They will have their first performance of “U.F.O” on M.net’s “M Countdown” on February 9. A teaser showed a dance move where all the members bend forward with their back to the cameras. The member Minhee has a short skirt on and it appears like she is showing panties.

Netizens stated, “Are they deliberately showing their panties?” “Is this noise marketing,” and “What are you doing with underage girls?”

However, a representative of Stellar stated “It looks like the member Minhee’s panties are showing but it is just a bright colored pants underneath. She was wearing tight underpants and it just went up while dancing. The member is not underage and also those are pants showing so there was no issue.”

The representative continued, “For the comeback performance Stellar will wear the same outfit. However, the dance routine will be changed a bit.”