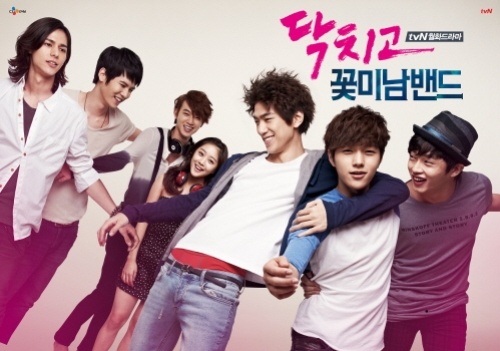 "Shut Up: Flower Boy Band" OST to Be Revealed

“Jaywalking” is the main soundtrack of “Shut Up: Flower Boy Band” and consists of retro shuffle rhythm with modern guitar effects harmonizing Sung Joon’s charming low voice. Famous music director Lee Jae Hak, who produced songs from movies “200 Pounds Beauty” and “Take-Off,” is in charge of overall music producing of the show and wrote “Jaywalking” all by himself. Lee Jae Hak commented, “Sung Joon’s singing surprised many of us. He is really good. As the show goes on, I am going to try my best to portray the stories and struggles of ‘Eye Candy’s members through music.”

Shut Up: Flower Boy Band
Sung Joon
How does this article make you feel?