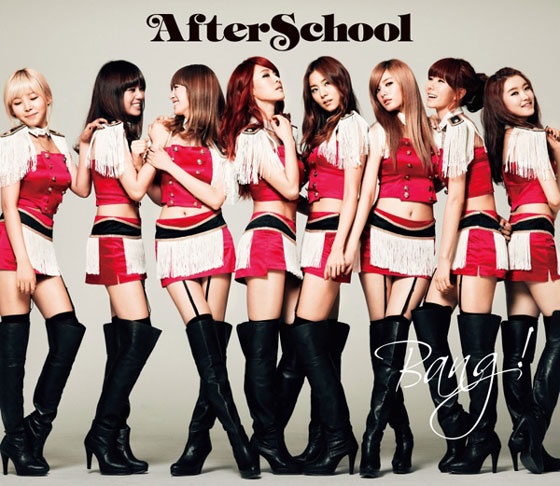 After School to Release Japanese Album

The members of After School are set to release their first Japanese album, “PLAYGIRLZ” on March 14. In keeping with their “showgirl” image, the members a decked out in gold and black clothing. Their strong sexiness is emphasized by their fishnet stockings, which show off their beautiful legs. After School debuted in Japan with “Bang!” followed by “Diva.” “Bang!” showed off their drumline skills, while “Diva” showed off their tap dancing skills. In the album picture for “PLAYGIRLZ,” the members are holding hoola-hoops, trumpets and sticks. Their expressions say that they are ready to start the show.

This album will include the previously released Japanese singles, along with the Japanese version of “Shampoo,” produced by DAISHI DANCE. Along with a number of original songs, the album will also include the Japanese version of “Shanghai Romance” from After School’s sub-unit, Orange Caramel. The members of After School are of course very excited about their upcoming album. Kahi said that, “I’m very happy. My heart is filled with expectations.” While Uee said, “Releasing an album in Japan is like a dream. I never thought we’d put out a Japanese album so soon, I’m really surprised.”

Not only will they be putting out this new album, they will also be holding a Japanese tour from April. “I can’t wait for the tour and the album release. I really want to meet the fans!” said Kahi. The tour is “AFTER SCHOOL First Japan Tour – 2012 PLAYGIRLZ.” The tour dates and locations are:

Check out a bit of their newest single “Rambling Girls”:

After School
Diva
Orange Caramel
Playgirlz
Uee
How does this article make you feel?