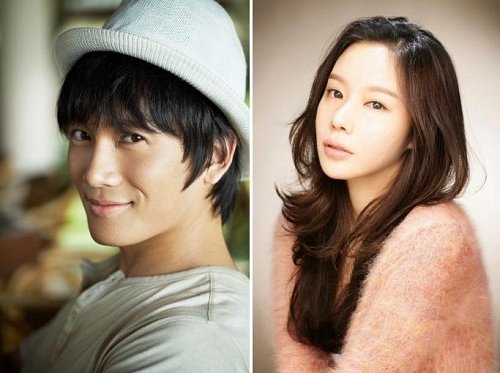 Actor Ji Sung and actress Kim Ah Joong will play the main characters of the upcoming movie, “My P.S. Partner.” “My P.S. Partner” is a romantic comedy about a rather radical subject, “Phone Sex.” The film’s production company explains, “The movie is about a man and a woman both hurt by love in the past getting involved with each other through phone conversations. There are going to be sexual innuendos and comments, as well as many comic episodes in this film. All of these aspects together will contribute to portray a fun and sweet romance in the end.”

Ji Sung will play Hyun Seung, who is timid, insecure about his manhood, and still in love with his ex-girlfriend. Kim Ah Joong will play Yoon Jung, who attempts to make a sexy phone call to excite her boring boyfriend and instead, calls a complete stranger, Hyun Seung. This is Ji Sung’s first movie in four years since “Fate.” Kim Ah Joong is also returning to the screen with this movie after six years since “200 Pounds Beauty.” “My P.S. Partner” will start filming in March and will be in theaters by the second half of 2012.

Ji Sung
Kim Ah Joong
My P.S Partner
How does this article make you feel?