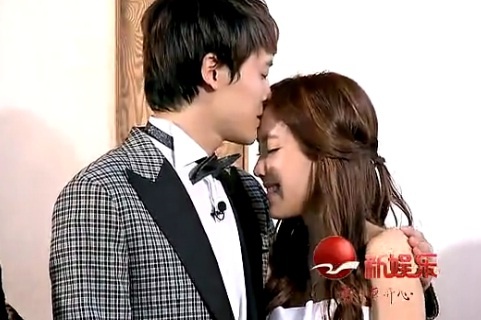 The clip showed Fu Xinbo kissing Hyomin’s forehead while she is making an awkward smile. The director stated “Let’s try it once more,” and Fu Xinbo took a deep breath because he was nervous.

Chinese Netizens stated, “I am against this couple!” “The Two look so good together,” and “I am jealous of this couple.”

Fu Xinbo introduced Hyomin as his virtual wife on his Weibo January 17, “Everyone I will officially introduce my Korean wife.”


BOBO
Fu Xinbo
Hyomin
T-ara
We Got Married
How does this article make you feel?