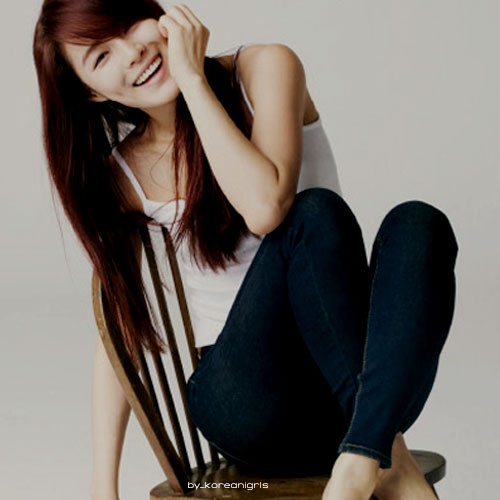 TV Report, Star News and other online media companies have joined hands for a suicide prevention campaign, “Beautiful Korea Living Together.” In an effort to create a hope filled society free of suicide, this campaign has worked with various celebrities such as Lee Hyori, Ha Ji Won, Tiger JK, JYJ’s Jaejoong, to spread the message of hope and love.

After School’s Kahi, who recently made her acting debut on KBS drama, “Dream High 2” participated in the interview for this campaign.

Q: Have you ever had thoughts of suicide?

I have not thought of committing suicide. There were very difficult and struggling times when I felt like dying. But at those moments, I thought about my dreams and people who believed in me. Depending on your mindset, it’s possible to avoid committing suicide.

Q: What can you do when you have thoughts of suicide?

I can overcome those thoughts with faith. I think of those people who love me and people I love. When I think of them, I get the courage to live on. Also, I tell myself that these difficult moments will pass and great things will happen eventually. It’s important to have a positive mindset.

Q: How do you feel when you hear of suicide of celebrities?

My heart really sinks when I hear the news. I feel so sad that they had to struggle so much. I also reflect on my actions, not being able to reach out my hand and give my attention to them.

Q: Can you relate to those who consider committing suicide?

Recently, I’ve read many articles relating to youth suicide cases. I am very hurt to think of all of their struggles. I think that those who consider committing suicide suffer the most from the fact that they have no one to reach out to in their environment. I can relate to that and that makes me very sad.

This year, Kahi will be building her acting career with “Dream High 2.” In addition, After School will be releasing their first Japanese album and holding concert tours in Japan.

After School
suicide
How does this article make you feel?