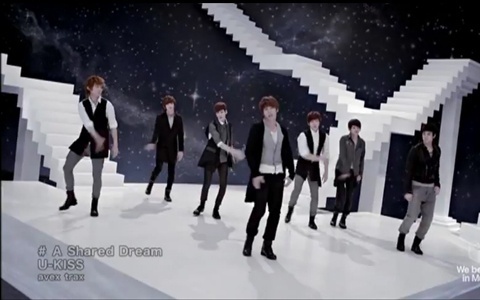 This ballad song is the title track to their Japanese album, which is also titled “A Shared Dream.” It will be released on February 29 and will include 13 tracks. Their single “Forbidden Love” will also be released that same day. Following the releases of their single and album, U-Kiss will begin their “U-KISS First Japan Live Tour 2012” in March.