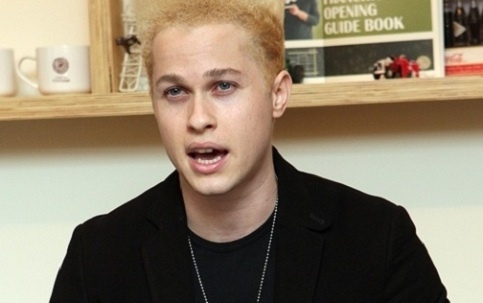 Although Superstar K3 Chris Golightly held a press conference to clear his name, it appears that he will be going back to the U.S. Chris Golightly has been faced with sexual assault allegations and the first time they appeared he said he would leave Korea, but decided not to.

“I’m Going Home to USA:
Thank you, To the Girls for Making up Lies & Ruining my Life here. I hope your Happy. Every Girl I dated, I was Nice towards. You stripped me of my Name, Music, Management and Ripped my Soul. The Public believed A Stupid Rumor posted by Someone with “No Name or Trace” I dont even Know who Posted it. I have always respected The Korean Culture and its Land. But you Doubted me. This was a Bad Choice for me to Ever have came here. I am F*ckin Hurt because of how I’m being Treated. I am Tired of Lies, And the People who posted the Crap, Are Cowards. Why? Because you killed my Dream. When all I did was try to see if we could work out. Thank you……..”

“How can I Clear my Name….? How can people Know that I am Good? How can they See?”

On January 28, a fan wrote on Chris’ fan club that they had sexual relations. Other fans wrote that they thought they were lovers but Chris demanded that they keep their relationship quiet.