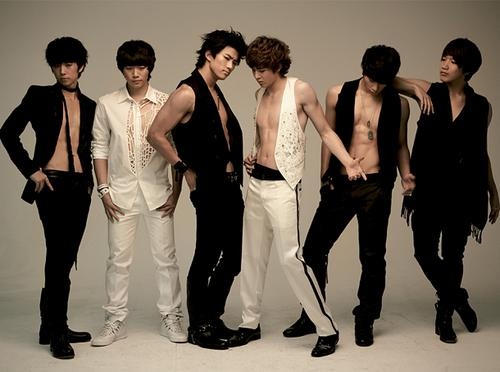 2PM wrapped up a successful Thailand concert. First 2PM left for Thailand on February 16. On February 17 2PM held a “High Five” event with nearly 3000 fans. Also, on the same day during a press conference 2PM stated that they would be donating some of the proceeds from the concert towards “Red Cross Thailand.”

The actual concert which was held on February 18, lasted for 2 hours and housed 9,000 fans. For the Thai fans, Nichkhun also sang a song by Thailand singer “Bird.” Thai fans also gave 2PM a gift. They created a video to thank 2PM and Nichkhun for helping out during the Thai floods.

A representative of JYP Entertainment stated, “Nichkhun and all the other 2PM members have special feelings for Thailand. Once again on behalf of 2PM we thank the fans who give them love and cheers.”

2PM”s Asian tour will continue on throughout March. The next country that 2PM will visit is China.