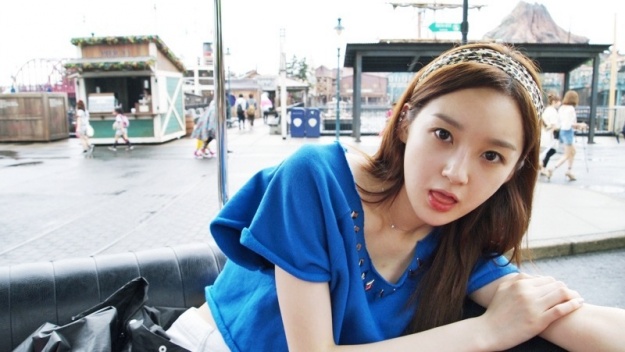 Kang Min Kyung Strains Her Back For Cosmetic Ad

Davichi’s Kang Min Kyung has a bit of secret. Covered behind her rather cutesy and lovely face is an amazingly glamorous body. She demonstrates this once again in a photo taken during an advertisement she was doing for cosmetics company DHC Korea.

In the photo revealed to the media, Kang Min Kyung is seen straining her back to a painful degree to highlight her glamorous body line. When asked why Kang Min Kyung was picked to be their new model, a DHC Korea representative stated that “We have been paying close attention to her for her usually white and clear skin tone, along with her striking body lines. We decided to pick her as our model without hesitation.” This was Kang Min Kyung’s first ever cosmetics related advertisement. Despite this fact, reports say she did extremely well, striking poses with ease and having no issues with the full body suit she had to wear to coincide with the sexy concept of the advertisement.

And a behind the scenes video of her DHC Korea advertisement