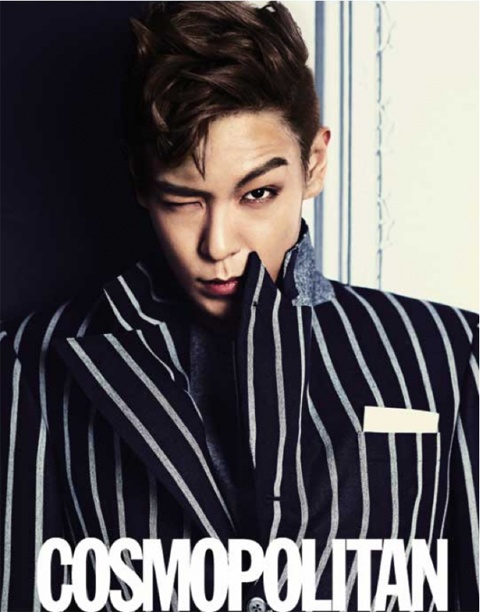 In a recent interview and photoshoot with “COSMPOLITAN,” Big Bang’s TOP revealed his passion for acting. The singer-actor graced the cover for the March issue of the fashion magazine and displayed his charisma and playfulness while rocking several dashing suits.

During the interview, TOP talked about his acting career, mentioning that he was willing to throw away his stardom for an acting role. He also revealed that he doesn’t want to play a singer, a son from a wealthy family, bad boy, or any other trendy characters.

When the interviewer responded that he would pull off any roles perfectly, TOP replied, “There was a time when I thought that being a celebrity was a good match for me. While I don’t have any raw talent, I’m working hard and studying to improve.” Regarding his future girlfriend and marriage, TOP stated, “I like a woman who is gentle and can understand me. While I want to marry late, if she is the one, I would marry her whenever the time is right.”

The rest of TOP’s interview and spread will be featured in the March issue of “COSMOPOLITAN.”

Big Bang
Cosmopolitan
IRIS
How does this article make you feel?