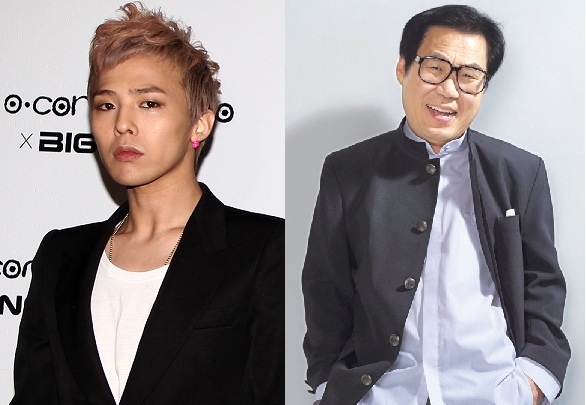 Veteran singer Cho Young Nam gave some advice to G-Dragon on dating women. On the February 20 episode of SBS “Good Morning,” Cho Young Nam was told that Big Bang’s G-Dragon had picked him as one of his role models. In a previous interview, G-Dragon said, “Cho Young Nam is also my role model. I’m so envious of his lifestyle that he could be so openly free at that age.”

Upon hearing this, the 66-year old veteran singer responded, “You could get in trouble if you try to be like me. Women issues too, but you should try not to be like me…The reason I have so many girlfriends is because I spend a lot of money on them. If I don’t spend, the girls don’t treat me as their boyfriend.”

Cho Young Nam has dated a number of different women throughout his storied career. He’s recently revealed that he’s always had “girlfriends,” not “lovers,” and the youngest girlfriend he has right now is 24 years old. His open personality garnered a lot of attention after he said he often allows his second ex-wife to visit his place with her current husband. He was also picked as owning the most expensive house among all Korean celebrities.

Big Bang
Cho Young Nam
G-Dragon
How does this article make you feel?