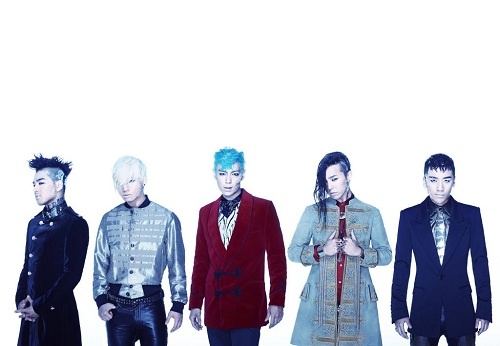 G-Dragon Opens Up about Marijuana Scandal, Daesung Had Suicidal Thoughts

On February 20, Big Bang appeared on SBS “Healing Camp” and addressed questions that many fans have been waiting to ask. G-Dragon and Daesung, in particular, opened up about their respective incidents that were some of the most talked-about issues in all of K-Pop last year.

G-Dragon started off with his marijuana scandal, explaining, “I think it all started when I took a puff off of a cigarette from someone I didn’t know at the after-party in Japan in May, 2011.”

“I believe it would be very hard for many people, including myself, to understand the situation. First of all, it was a party we hosted, and I was really drunk at the time. It was a cigarette given by someone invited to the party, so I didn’t think it was right to reject the offer. Since we were the host, I just took the cigarette and took a puff. I should have been more careful as a celebrity, but it was all my fault,” he added.

He was questioned, “Don’t marijuana and regular tobacco smell different?” But G-Dragon answered, “I was really drunk, and I think I believed it to be a really dark cigarette or cigar. I’ve never been exposed to marijuana so I don’t even know what it smells like.” He was also asked if he couldn’t just tell the difference by the looks of it, but he said, “It wasn’t just impossible to tell the difference, and I’m a smoker, but it looked exactly like the cigarettes I smoke.”

Daesung also discussed his car accident that caused him to abstain from all public activity for nearly a year. “I didn’t think I could face my parents so I just stayed at my dorm. I wasn’t hungry at all and everything was just blank. I felt so sorry that I cried every day,” he started off.

“I never thought I would get hurt by netizen comments, but it was impossible not to after reading some of the comments…The worse one was calling me a ‘murderer.’ I realized how scary and brutal that word could be,” he continued.

“I know I shouldn’t have done this, but after reading those comments, I started having extreme thoughts. I knew it was the wrong way, but it felt like everyone was telling me to go that route,” Daesung said about having suicidal thoughts.

Daesung added the victim’s family actually encouraged and helped him a lot to get back on track and thanked the family members for their continued support.

Big Bang
Daesung
G-Dragon
Healing Camp
How does this article make you feel?