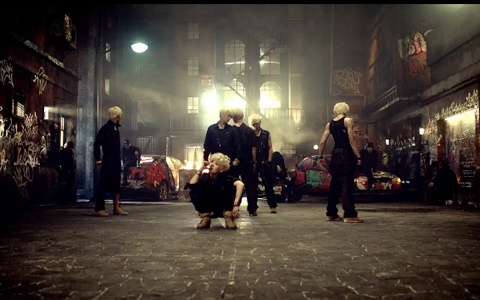 B.A.P Releases Their Behind the Scenes Video for "Warrior"

Music
by R. Ramirez
B.A.P‘s behind the scenes video for their debut song “Warrior” was released today on TS Entertainment’s YouTube channel.

In the video you can see the members hard at work, performing and viewing their choreography, getting solo pictures taken and having stylists fix their look. Despite being so busy for the music video, the members are seen smiling and playing around with each other.

After releasing their music video last month on January 25, they have been promoting on the various music shows and have received a lot of support from fans. This past weekend they held their first fan meeting.

B.A.P
Behind the scenes
How does this article make you feel?