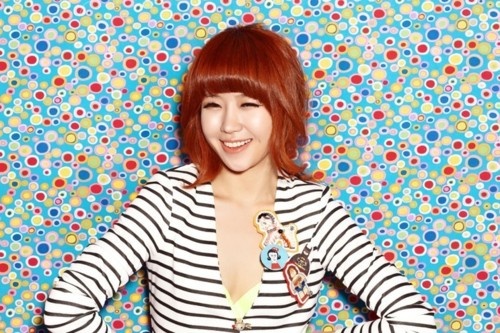 Dal Shabet’s Jiyool was cast for a short film and just wrapped up filming. The short film that she appears in is “Her Story” which is being directed by Yoon Tae Shik. The director Yoon Tae Shik received the Grand Prix award during the Seoul International Film Festival for his film “Doenjang.”

Her character was “Han Na.” Han Na took Polaroid pictures of memorable places where she spent with her boyfriend. The boyfriend’s role was portrayed by rookie actor Park Sang Hyuk. Jiyool’s character “Han Nah” misses her boyfriend who has left for Hawaii. In the short film, she even had a kiss scene.