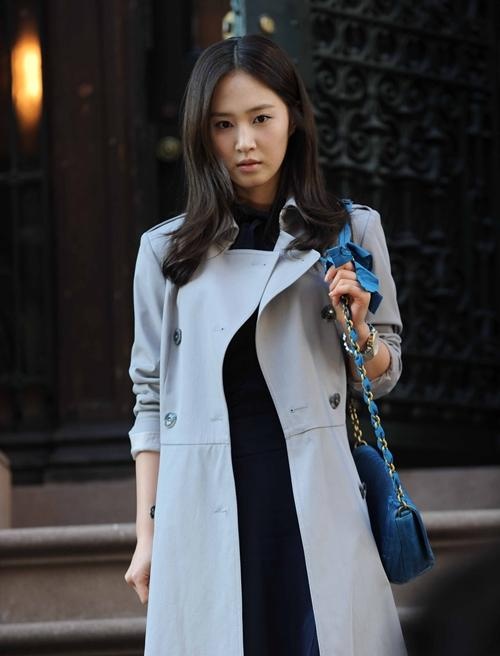 Girls’ Generation’s Yuri is poised to debut as a full-fledged actress with her first series, “Fashion King,” on SBS mid-March. In the drama, co-starring Yoo Ah In and Shin Se Kyung, Yuri plays Anna, a fashion designer who overcomes difficulties and prejudices to rise to the top of her game.

Her performance received praises from the series’ director Lee Myung Woo, who said, “I was worried at first that it was a major role for a rookie to take on. When Yuri was cast, I met her a couple of times, gave her advice on acting and made her some tapes. I can tell that she studied the tapes hard.”

His statement came on the heels of the release of photos of Yuri on location shooting in New York. According to reports, the drama’s production crew are satisfied with her performances in the emotional scenes.

“I studied the tapes PD Lee made me while we were on our Asian tour. That way, I wouldn’t lose the sense of what he told me. I have always wanted to try acting and I’m really happy that I have been given this opportunity.”

Fashion King
Shin Se Kyung
Yoo Ah In
Yuri
How does this article make you feel?