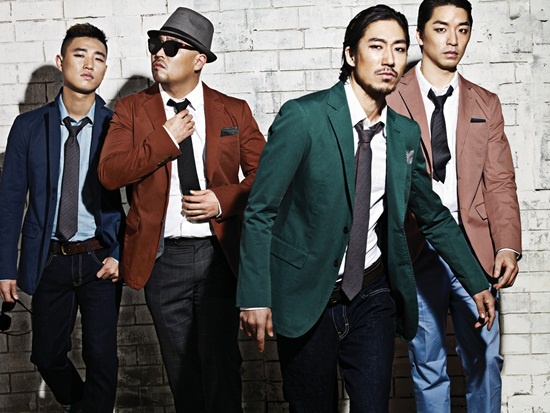 Tiger JK and Leessang took part in a fashion photoshoot that featured their charisma. The photoshoot is for the American classic heritage casual brand “CONCEPTS 1 ONE” and will be released on February 21. Tiger JK is well-known as a fashionista and he shows this through his confident expressions and poses. He works well with simple jackets and also fedora hats.

Both Leessang’s Gil and Gary are gaining recognition as variety show celebrities and their music. (Gil appears on Infinity Challenge while Gary appears on Running Man)Through this photoshoot they showed off their humorous and casual style.

Recently, Tiger JK received a reply from Oprah Winfrey via twitter. Gil is currently a judge on Mnet’s “Voice of Korea.” Last but not least, Gary is well-known as the “Monday Couple” on Running Man with Song Ji Hyo. However, recently, it was revealed that Song Ji Hyo actually is dating the CEO of C-JeS Entertainment.

Leessang
Tiger JK
How does this article make you feel?