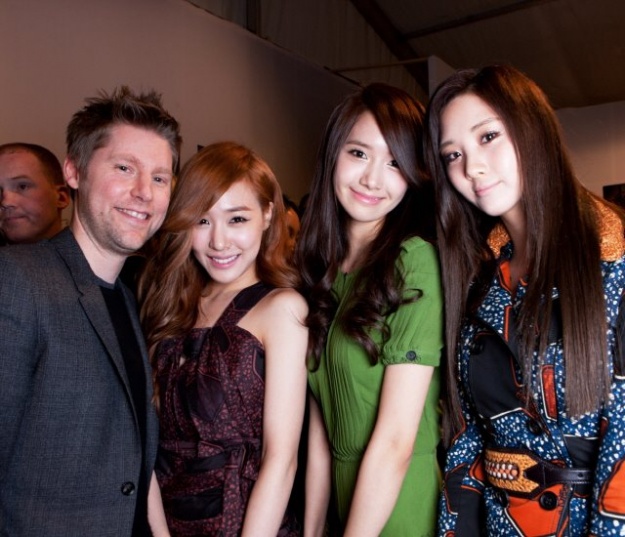 SM representatives claim that Burberry’s chief executive creator, Christopher Bailey, officially invited the three to the show. The show took place on Monday, February 20. The girls also attended the red carpet event. SM wrote on their official facebook page, SM Town, that “local fans were enthused” by the presence of the girls in London and that an official from Burberry stated that the girls were “met with the most enthusiastic interest and response.” The girls appeared in, what else, Burberry clothing for the event.

Seohyun wore a blue dress with orange and black squares. The dress came past her knees and the sleeves came to her wrists. She complimented the outfit with a brown belt, large bag and leather heels that laced up over her ankles. YoonA wore a lovely green dress, which came to her ankles. The short-sleeved dress had a retro-feel, which she paired with a black and green hand-bag and light brown leather heels. Tiffany appeared with medium brown hair. She was in the shortest dress of the three. The nickle and black colored mini-dress was paired with turquiose heels.

It’s winter in London, but these ladies are looking hot. What do you guys think about their dresses?

Seohyun
SM Entertainment
Tiffany
YoonA
How does this article make you feel?