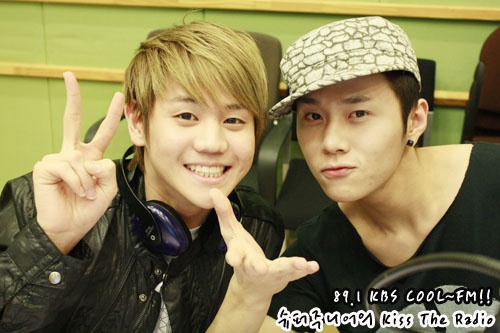 Yong Junhyung and Yang Yoseob Almost Got Cut from BEAST?

Can anyone imagine BEAST without Yong Jun Hyung and Yang Yo Seob? Once upon a time, as revealed on the talk-variety show “Win Win,” they were almost cut from the rising six-member all-male idol group.

“Even before our debut, the concept of BEAST was a very masculine strong group,” Yang Yo Seob shared. “However, I am not very tall and am more a dwarf compared to the other companions so the company took that in consideration while preparing the concept. We rehearsed the video, and I got a warning that I was expected to be cut.”

However, company seniors saw it by chance and made a case for him, saying, “Why is the best being cut? Do not take him out!” Yo Seob then realized because of that, he got another chance.

Yong Jun Hyung, meanwhile, found out that he was being considered for a cut when he stumbled upon a personal note of an agency staff. “I had a week of knowing in advance even before I was going to be notified.”

During the episode, BEAST also revealed stories about themselves and their friendship. This episode of “Win Win,” hosted by Kim Seung Woo and featuring all six members of BEAST airs on February 21.

BEAST
Win Win
Yong Junhyung
How does this article make you feel?