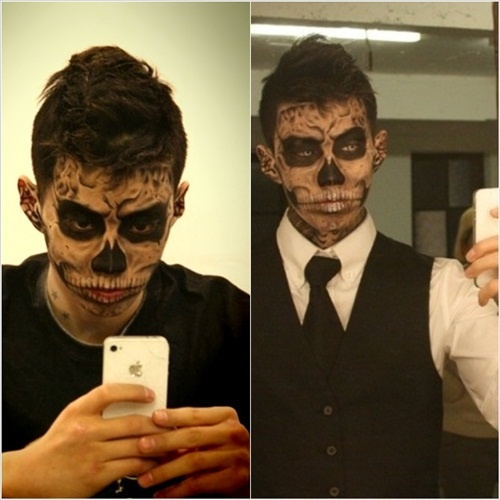 Yes I am making a “He Man” reference. (I HAVE THE POWER) Skeletor was the main villain of the show. Yeah ok the two don’t look much alike besides the skeleton face… so let’s move on please?

On February 22, Jay Park tweeted “Skeleton Face Painting” and posted a picture of himself. If you were following Jay Park, you will know that there was an album jacket picture with Jay Park wearing skeleton face paint.

The twitter pictures show Jay Park taking “selca” pictures of himself with the cool face-paint.

Netizens that came across the post stated, “He must have been bored during the photoshoot for the album jacket,” “It is a bit creepy,” and “This looks like a horror film.”