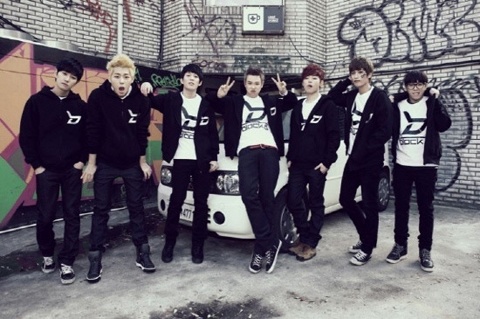 Following the controversial comments during the interview in Thailand and Japan, Block B released its official apologies on its official fan site. Additionally, the group’s leader, Zico, shaved his head to show their remorse. However, the group was under the spotlight once again for appearing in a live broadcast of MBC MUSIC’s “Show Champion” only a day after its official apology.

During the show, the members of Block B remained silent throughout, focusing on performing their best. Instead of covering his shaved head, Zico bravely faced the audience and cameras. After this performance, Block B bowed 90 degrees to the audience and silently stepped out.

A representative of BrandNew Stardom Entertainment stated, “After the controversy, the members and the people in the company had a long and heartfelt talk. We decided that the only thing Block B can do at this point is to show the public that the members are working even harder than before. As a rookie group, to suspend activities only after two weeks of its comeback is the same thing as a death sentence. We believed that if the members were to stop their activities, they may never get another chance to stand before the public, and so we made the difficult decision [to continue].”

Meanwhile, Block B is scheduled to perform at the Mnet’s “M!Countdown” tomorrow, February 23, and other music programs following that.

Block B
Narina
How does this article make you feel?