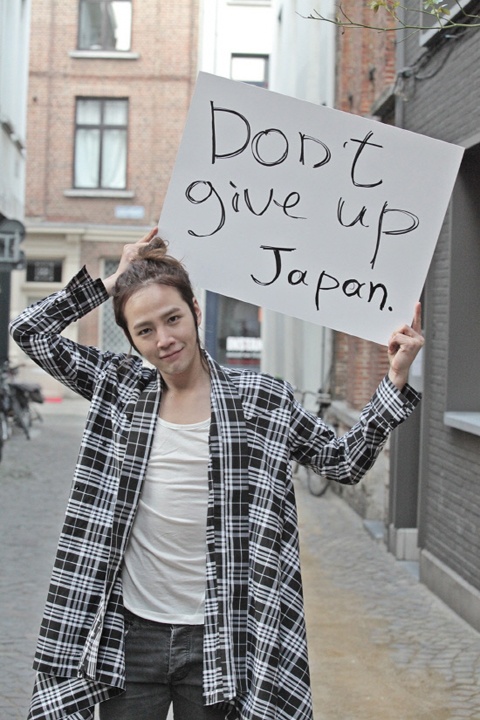 Last week, hallyu star Jang Geun Suk received attention for his alleged sexual harassment against Japanese AV star Aoi Sora. Various Japanese media falsely reported that when asked, “What do you want to eat most while in Japan,” Jang Geun Suk replied, “I want to eat Aoi Sora.” However, netizens tracked down the actual clip of the interview and proved that no such mistake on Jang Geun Suk’s part happened. When asked what he wanted to eat, he answered, “Sushi.” Aoi Sora was never mentioned in the clip.

On February 21, Jang Geun Suk tweeted, “This is it!” along with a photo of a large plate full of sushi, expressing his frustration over the issue. Shortly after, he tweeted, “끝! おわり! finish!” (finsh in Korean, Japanese, and English) and uploaded another photo, this time of himself glaring into the camera.

Netizens commented, “Cheer up oppa! Everyone will forget about this entire incident soon!” “Ignore it!” “The sushi looks so good,” and more

Jang Geun Suk
Love Rain
You&#039;re My Pet
You're Beautiful
How does this article make you feel?