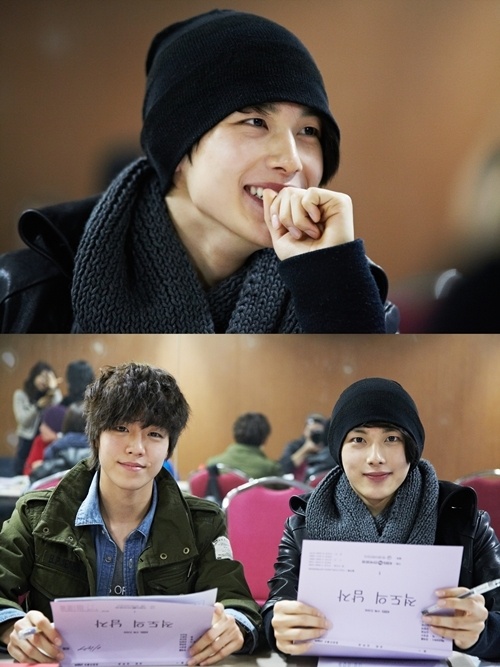 ZE:A’s Siwan Gears Up for "The Equator Man"

ZE:A’s Siwan is taking to his blossoming acting career, after receiving a lot of attention as Hea Yeom in the hit drama “The Moon that Embraces the Sun.” The young acting idol is currently actively preparing for his role in “The Equator Man,” set for a mid-March premiere on KBS. Shots of Siwan and his co-star Lee Hyun Woo during the script reading were recently released to the public.

“It was a long day that explored the inner conflict and the changes in the story,” local news agencies quoted Siwan as saying. “I will hold up against this burden and do my best in acting.”

As previously reported, Siwan will be taking on the role of the younger Lee Jang Il, the childhood friend of series protagonist Kim Sun Woo (Lee Hyun Woo.) When they grow up, Lee Jang Il (Lee Jun Hyuk) becomes a prosecutor and betrays Kim Sun Woo (Uhm Tae Woong) because of greed.