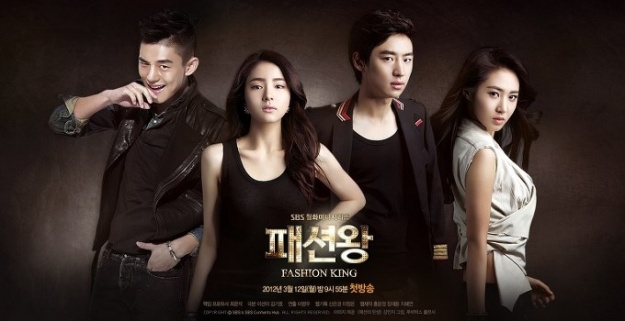 American designer and socialite Tory Burch will appear as a cameo in upcoming SBS drama “Fashion King.” This would be her second TV appearance since her guest appearance on American TV show “Gossip Girl.” During the filming of “Fashion King” in Manhattan, Tory Burch joined Yoo Ah In and Lee Je Hoon. She played the role of the president of a fashion school that Ka Young (played by Shin Se Kyung) and Jang Ah (played by Han Yoo Ee) attend.

Vincent D’Elia, a musical star who appeared in many broadway shows, such as “Grease” and “Ida,” also joined the “Fashion King” filming in New York. He makes several guest appearances as a New York-based fashion designer Michael, who helps out Young Gul (played by Yoo Ah In).

Tory Burch and Vincent D’Elia commented, “It was a different kind of experience. I had a lot of fun. I could feel Korean actors and actresses’ passion in their careers as well as have the common understanding of art.” They also stated how they were highly impressed by Korean stars’ humble manners. They added, “Although I have not read the overall script for this show, I have high expectations. I think it’s going to be interesting to see how this show portrays the intense and busy life hidden under the surface of extravagant and luxurious fashion industry.”

“Fashion King” is a story about an inspiring young man who starts out in the streets of Dongdaemun Market and dreams of becoming a world-renowned fashion designer. Yoo Ah In, Lee Je Hoon, Shin Se Kyung, and SNSD‘s Yuri will play the main characters. “Fashion King” has been drawing attention since way before the show started filming, as the viewers are excited to the work of art led by writers Lee Sun Mi and Kim Ki Ho from “What happened in Bali” and producer Lee Myung Woo from “Bad Couple.” “Fashion King” will air on March 12 at 9:55pm KST.