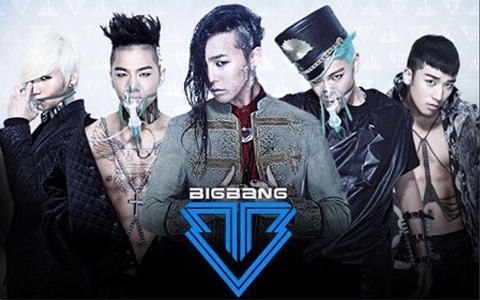 Big Bang’s comeback is causing a syndrome at home in Korea and abroad.

The announcement of Big Bang’s fifth mini album, “Alive,” has been attracting much attention all over the world. On February 22, the first single, “Blue,” was released and since has been doing very well on domestic charts as well as overseas through iTunes. The single’s music video has gained immense viewership on Youtube as well reaching over 6 million views in three days.

The single “Blue” was made available at the same time on digital music sites such as MelOn, Naver, and MNET. Within an hour the newly released track had achieved an “all-kill” on the domestic music sites. “Blue” has continued to be at the top spot since its release.

The music video for the single also was released on February 22. After a day of being revealed to the public the video pulled in over 1 million views. Currently, the view count stands at over 6 million views. The popularity of the video is spreading worldwide and continues to grow even higher. The map shows where exactly the popularity of “Blue” is the strongest.

“Blue” further proves it is popular in many countries through the iTunes charts. The United States, Canada, United Kingdom, France, and Mexico have the single ranked at #45, Australia #51, New Zealand #61, and Finland where the song made it into the top three. The song was released the same time worldwide and has managed to make it into the top 100, it is a quite an accomplishment for a K-Pop artist.

For Big Bang’s upcoming concert, the agency wants to go where the desire for the group is high. Big Bang is to begin their tour in March and will take the tour around the globe as they traverse 16 countries. As of this time, YG Entertainment has not reveal specific cities as they continue to receive many inquiries from all over the world.

Yang Hyun Suk commented, “The United States, Britain, France, Kazakhstan, Uzbekistan, Mongolia, Central Asia, the Middle East, and other high profile areas show their desire for Big Bang as they continue to contact us regarding the show.”

He continued, “With Big Bang’s comeback approaching, many are discovering them through their international popularity. On February 29, when the album officially releases overseas, it is expected to do better on the iTunes chart.”

Let’s hope YG is right, though Big Bang has accomplished much with “Blue” already. Congratulations Big Bang on their many achievements thus far and wish them the best on their comeback.

Teasers for “Bad Boy” and “Love Dust” have already been relased.

Please check out our exclusive BIGBANG showcase for more updates regarding the upcoming fifth mini-album “Alive” and more Soompi exclusives!

Big Bang
Comeback
itunes
How does this article make you feel?