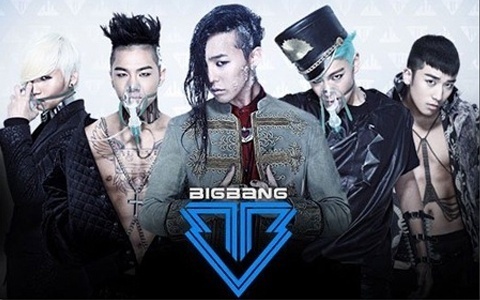 Welcome to the first edition of Kings of K-Pop! I think the name speaks for itself, right? Only the biggest K-Pop groups will make it to this editorial. This very first edition will commemorate BIGBANG’s comeback.

K-Pop Kings. Yeah, we all know and got to admit that BIGBANG is considered one of the biggest groups in the industry. But why? What are the reasons for BIGBANG to have such title as “one of the leaders” of the K-Pop wave craziness everywhere? What’s so special about BIGBANG that everybody just loves whenever they release a new song or video?.

BIGBANG is not just like any other idol artist: Every single member has something that just makes the right click with the rest. They have great ideas, individual talents, and leadership on their own. BIGBANG members can go solo and yet they will succeed. Why? Because people recognize they always do the best. And by the best I mean THE BEST.

Unlike most idol groups, BIGBANG focused on making their own music. They were not known for their ullzzang-like appearances but for their skills as writers, producers, composers, dancers and singers. They were not and they’re still not like any other idol group. BIGBANG is an artist and they try to reflect that on themselves.

See, when you analyze one member at a time, you obtain great individual components for the group. One of the best characteristics of BIGBANG is that they create their own work and they have a mastermind behind most successful songs in G-Dragon.

G-Dragon is like the genius of the group. G-Dragon’s hunger for success makes him work to the bone to obtain the best result. Inside G-Dragon’s mind, there lives an incredible talent for creating songs, sounds, styles, a natural leader. He has written so many songs in his career (it actually makes you wonder what you are doing with your life haha) that he is considered one of the youngest songwriters in Korea.

When he works, his spirit of leadership is his main focus, he knows how to demand things, he knows how to push things further, and his job as a leader shows that he only has a target in mind: to show the best of everybody in the group. He definitely knows how to be a perfectionist.

He and the members deliver talent instead of image: Their ideas are first. Their freedom of choice over their music innovates and shows that BIGBANG is definitely a group to look up for. They are always a step ahead from what you expect. They went from being hip-hop kids to become grown men with awesome fashion sense and that’s another reason why people love BIGBANG.

BIGBANG keeps changing, keeps growing up constantly: You always have in mind that they will show up with something magnificent, something unique, their concepts keep changing, they can go from charming men, rock stars, to frozen and alive and you still love it. So what’s different? That some of them don’t need and neither show chocolate abs all the time to prove they have talent.

And I’m not criticizing the groups that actually show their bodies to the audience, not at all, I’m just saying that BIGBANG doesn’t need THAT. So what else do they have to be called K-Pop kings?

Sub-units and solo acts: Taeyang, Seungri, G-Dragon, Daesung have gone solo and made it big. Unlike BIGBANG’s catchy but matured style, the solo acts from the members and GD&TOP’s sub-unit, deliver pure combination of styles that fits their personal likings. Being R&B, dance-pop, ballads and hip-hop, the way they complement with their music, their lyrics and that personal touch they add when they compose, is the key to their success. Something to envy them for. (Daesung has had singles but not an official solo album yet).

Each member has different roles on their own: Every single member has showed different sides in their career. Some have obtained roles in movies (T.O.P. and Seungri), cameos in movies and roles in musicals (Seungri) roles in dramas (Daesung and T.O.P.) and some of them even had experiences as MCs (Daesung). Every each one of them has showed that they are not only good in music but also in acting.

Their agency provides them with everything they need: The best materials to ensure the quality of their music, their live shows and videos. YG Entertainment do not act stingy when it comes to spending money on their artists. Everything has to be of the best quality. Hard plastic instead of paper-made cards, stickers, mouse pads, fancy designs, resistant and innovative cd cases and when we say resistant, you bet they resist everything! Some fans say that you can even fry an egg using BIGBANG’s cover of “Alive.” (Do not try that at home!).

When filming a video, BIGBANG always tries different concepts, different locations, the elements used go from using fancy cars to even film the video with special and really expensive cameras. And when it comes to publicity we speak of television commercials for each member individually, buses wrapped up in publicity and even in subways!

[Thank you to the respective owners of these pictures ^^]

[Thank you to the owner of this picture, who fried an egg using the cover haha]

YG definitely knows that BIGBANG is not afraid of speaking their mind and say: “We want to be called real musicians.” There’s no doubt that they are definitely Korean musicians conquering the world!

Proof of it is on their all-kills every time they release a song. The award they won at the MTV EMA. The first places they obtain when promoting on “Inkigayo,” “Music Bank,” and “Music Core,” polls online, constant requests from foreign countries, the highest number of visits on YouTube for every released video, the collaborations with American artists, Diplo, Ludacris, The Underdogs…. isn’t that enough?

The attitude and talent of each member makes them gain the love from the audience: G-Dragon’s stance as a leader and faked “cold” attitude, T.O.P’s rapping style and his sarcastic and 4D-like sense of humor, Seungri’s image as the curious, lovely and careless maknae in front of his hyung’s eyes, Taeyang’s sweet voice and charming “eye smile” and Daesung’s powerful voice and sense of caring a lot for everybody. Each characteristic makes them gain more and more fans everywhere.

Considered as Korea’s trends settlers, BIGBANG attracts attention everywhere they go. Japan, Europe, Asia, North America and South America, BIGBANG’s popularity is undeniable. Controversies, problems? Sure, the controversies sometimes feeds their popularity. The more press talks about you, more famous you get, besides, everybody in this world has problems in their life and when BIGBANG has these kind of issues in their career, they stand by and come back stronger than never. And when you ask their fans what’s so good about BIGBANG they just answer: “The question should be ‘What we don’t like about BIGBANG’ and our answer would be ‘NOTHING.’ There isn’t anything we don’t like about them. It is BIGBANG!”

Daesung
Diplo
Ludacris
Seungri
Taeyang
The Underdogs
How does this article make you feel?