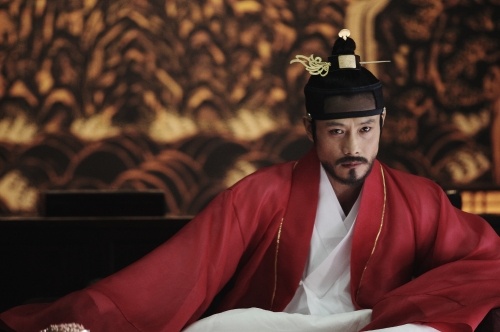 Still Cuts of Lee Byung Hun in "King of Joseon"

The still cut for Lee Byung Hun’s first try at a historical drama “King of Joseon” was revealed for the first time. The story is about “King Kwang Hae” who was the most dramatic king during the Joseon Dynasty. A peasant named “Ha Sun” impersonates the king, in “The Prince and the Pauper” fashion.

The script is written by the writer for “Old Boy.”

Lee Byung Hun will play both the real “King Kwang Hae” and his imposter “Ha Sun.” The drama will have a stellar cast with interesting characters. The mysterious character “Huh Gyun” that puts the imposter on the throne is portrayed by Ryu Seung Ryong, the heroine “Joong Jun” who knows about the secret of the real and fake king will be portrayed by Han Hyo Joo.

This drama should be on your much watch list for 2012!

Lee Byung Hun
How does this article make you feel?